Your life has revealed itself to you from the very beginning. All of us are going to eventually discover that who we are has never changed – and that all we have suffered is simply a mistaken identity. The appearance of change, the appearance of a timeline, a sense of you becoming different, is no more than a moving of furniture around the house, and an organization of perspective and story. These stories – most of which are not usually inspiring or particularly peaceful – have given you false perspectives of who you are and why you are. They have led you to desire much, to fear even more, to seek out happiness outside you; to chase jobs and money, and wealth and fame. Life, at bottom, seemed difficult, and the stories in your head assured you that it is okay because, the story said, “Life is a challenge, and life is hard. I need to get more money to get more help to get better”. What if that is a lie, to make you work hard and struggle in the wrong direction? A river doesn’t have to work hard to be what it is. The tree stands in peace. But if the river wanted to go in the opposite direction of its own flow – that would be hard. What the mind-stories have concealed form you is that you are perfect as you are, and have unique experiences of life that allows you to see things that others cannot and flow with ease on this earth as you are, as you grow, and expand. You are already in love and are at peace. You always were. “They” have lied to you.

The problem is that we have allowed the creation of a society that doesn’t want the rivers to flow, for the trees to stand tall and bear their fruits, for the world to be peaceful and kind, and slow like the turning of the seasons, and the passing of the years. Celebrating life is not something our society engages in. Instead, it wants to fix life: reverse aging, make you thinner, make you bigger, make you more money, more fame. It is all based on lack and that something is wrong.

The mind-stories of society have aimed to fill your consciousness with programmatic templates about love, relationships, politics, virtue, and vice. These templates can be challenging to understand because they are – like computer code and computer systems – invisible to the naked eye. They are structural, and I am attempting to describe some of these in a basic way on my website. However, it is not necessary for you to understand how they work entirely, as much as it is to understand and feel their presence. The truth about human beings is that we don’t feel bad because something is wrong with us. We are feeling bad because we are allowing what isn’t us, isn’t natural to us, to be implanted in our mental and physical systems. Television shows, books, activities, fashion and music: we all pretend they are not doing anything to us except giving us a little pleasure. That is the catch. The truth is otherwise: these things stick with you for your lifetime if you let them. Religion and expressions of religion are not exempt from this. Religion is what was attacked first many centuries ago, as soon as Jesus was placed on the cross. Unfortunately, most of religion today, new age or otherwise, is permeated with programmatic luciferian templates. Lucifer is the light bringer, and he is also the pain bringer. The story of lucifer himself is ‘tragic’, and he wants you to embody his own tragedy, his own fall. That is why defilement is his aim. Defilement is always delivered, not in the form pain, but in the form of pleasure that will release pain at a later time. Already, your understanding of the cause of pain is hidden inside the programming of defilement.

What is in your mind was put there to make you feel like you didn’t belong, or that you can’t get things right. Cynicism, defeatism, victimization, depression, and anxiety – we all harbor those stories and, for some, those stories have given them the only support they could muster. Tragic pain, much like a Hollywood movie, on this old earth, has become the mantra for many people. Young people are putting the psychological illnesses in their twitter profile. Confusion and chaos seems to be a badge or an emblem, a cause for boasting. Because, to many young people, this is what being “real” is. This is what being “honest” is. They are resigning themselves to their confusion, and their own defilement.

And there those who resist all of this defilement. So many struggle to seek out alternative therapies, such as yoga and other forms of salvation, in order to counteract the “negative thoughts”, and yet, we have not, on earth as a whole, chosen to completely abandon the source of these negative thoughts, and we end up in the polarity, resisting what will always persist. This is why there is such a large of amount of “positive memes” and philosophies of positivity on the internet. But this is where the programming really ensnares people. Remember, the mind is always binary, and so the programming is binary. This is shown in the false dichotomies of Democrat/Republican, Liberal/Conservative. All of these are created polarities designed to put you at war with yourself by forcing you to choose sides. When you try to “fight against” negative thinking, the negativity actually increases! Did you ever notice that the more you align with one side or another, you find that you are immediately confronted with equal or greater force of the opposite. This is why rage and eventually capitulation of the polarized public is the goal. The mind control wants to eventually exhaust your energy into giving up.

Yet, there is good news. You are still, in all of this, the river or the tree, or the sky or the sun that has its own nature, your nature. You are always who you are if you are willing to remove the programming, if you are willing to question everything, to see the illusion, the deception, and the attempt to hijack your body and mind. You have a choice. We are all being offered the option to awaken, to see the programming and how it has infiltrated every aspect of our lives. To see that the Windows of Bill Gates was actually a Window into our personal mind and consciousness. Now Gates is much more bold, and he has been allowed to enter the windows of our biological consciousness, our hereditary physical being, the DNA itself. In more ways that one, Gates is a servant of the luciferian cult, if not the high priest himself. I mention him here, because his timeline could be our timeline, if we let him. The choice is yours.

One thought on “Windows” 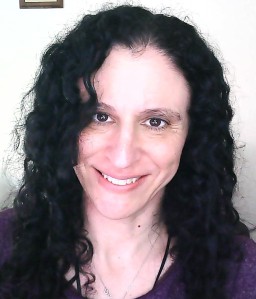 I am an intuitive psychic, medium, and Holy Fire III/Usui Reiki Master. I use the word psychic, because psychic is from the Greek, psyche, which means “soul”. I work on the soul level, which means I work in the invisible realms, and help others understand that the invisible world, their soul is far more important than this world has led us to believe. The soul is our true connection to God/Source.

One of the unique techniques I utilize is automatic writing. As I work with you, I will receive information for you in regards to your journey, the questions you are seeking, and the goals that you hope to achieve. This is a beautiful process and I am so honored to be a medium for messages sent to others on their journey. If you are interested in working with me, please contact me at anastasia@oracularintelligence.com.

About Anastasia and Oracular Intelligence

I am an intuitive psychic, medium, and Holy Fire III/Usui Reiki Master. I use the word psychic, because psychic is from the Greek, psyche, which means “soul”. I work on the soul level, which means I work in the invisible realms, and help others understand that the invisible world, their soul is far more important than this world has led us to believe. The soul is our true connection to God/Source.

One of the unique techniques I utilize is automatic writing. As I work with you, I will receive information for you in regards to your journey, the questions you are seeking, and the goals that you hope to achieve. This is a beautiful process and I am so honored to be a medium for messages that are sent to help  others in their journey. If you are interested in working with me, please contact me at anastasia@oracularintelligence.com.