When we think of a artificial intelligence, some of us might think of computers, algorithms, robotics, VR, nanotech, etc. However, most of the population has been taught that it is more akin to science fiction, because that is how robots and high tech is presented in the movies. Although robotics and computers are part of our world, they are just physical media designed to transmit and install synthetic intelligence into the natural biological body. There are other ways of installing this intelligence, both through 5G, 6G, and various other methods that go beyond these publicly known technologies. Most of the installations occur during sleep time, directly into the subconscious.

I do not use the phrase, artificial intelligence, because of its narrow scope. Instead, I use the phrase, Synthetic Intelligence, which includes the artificial intelligence we already recognize. Synthetic intelligence is a high tech method of enabling absolute control of human behavior, not by means of violence or threat of incarceration, but by means of control over all aspects of your biological system: mind, body, soul. If you think it doesn’t affect you, think again. Imagine, by stimulating certain areas of the brain, your thought process, your emotions, and your actions can be controlled. Instead of growing, evolving, and expanding into your own individual self-expression, you are being controlled, limited, and restricted. Right now, that control is causing a lot of pain and suffering. However, if they can remove the part of you that doesn’t want control, imagine the possibilities.

Synthetic Intelligence uses memories to trigger “realities” from inside your biological system. For example, you can have a program that is triggered every time you experience attraction to the opposite sex. The presence of the opposite sex triggers a set of memories that are attached to the emotions that are desired by the programmers. The program will override what your natural response would have been, and replaces it with something else. You get used to this reaction, and think it is natural, because it brings up a memory that is something from your past, true or not. This is why most people react to specific triggers. It is a form of mind-control, but it is highly sophisticated and designed to control the population, to keep them in a low survival state consciousness. Augustus of Rome used the institution of marriage to control the population. Today synthetic intelligence uses mass mind control through media and high tech to control who and how you love in this world. Obsession, multiple divorces, multiple marriages, the same type of lover over and over, the despair, and the eventually distaste for love, is the goal. Love of this kind does not feed natural and organic growth. Instead, it destroys you from the inside out. It is designed to make you accept love as compromise, as bargaining, as a safety net, or some kind of small comfort. It consumes all the energy you have, until you have nothing left and you wonder where all your dreams have gone.

It is the year 2020, and every aspect of our lives is being organized and directed by various forms of synthetic intelligence in these synthetic worlds. On a global scale, human beings are, by being plugged into a system, expending and consuming enormous amounts of energy, devoting a solid portion of their waking lives in a world that is completely virtual. Our online data, our behavior, our personal identities are being cataloged, searched, filtered, ranked, censored and distorted by the software platforms and systems that run them. When Edward Snowdon showed the world what was being done to us, no one cared. That fact emboldened the Synthetic Intelligence operators and it has grown in power every since.

Plato saw this synthetic world in its infancy, before the devices were created and distributed world-wide.

Plato saw that the logos, a word that means a mixture between reason/speech/programming/logic, was something that human beings could manipulate in order to create false realities, or realities that were completely outside the boundaries of nature. These logoi would masquerade as knowledge and wisdom. In fact, these types of logoi were used to teach and train the young men of Athens. They learned how to use language, not to express truth, but to create false realities, to persuade, to manipulate the masses, to train themselves and their adherents to follow logic, rather than nature. Through the logoi, an aspiring ruler, could persuade a large group of people to kill another group of people. This is why Socrates searched for wisdom and failed to find it. There is no wisdom in Synthetic Intelligence.

In Plato’s day, the logos was transmitted through speech. Today, it is transmitted through computers, computer networks and software. Technology is making the logoi into something more physically powerful in our lives. The goal, of course, is transhumanism, where the logos or the AI, can replace much of the biological body. Transhumanism calls this the singularity. In the Phaedo, Plato shows us that he this usage of the logoi, of Synthetic Intelligence is very similar and goes along with the hatred of and for humanity. In other words, the rise of Synthetic Intelligence, and the desire to become absorbed into it is a form of willful suicide, a kind of hopelessness, a loss of connection to our true natural oracular powers. The more we become absorbed in false realities, the more “evil” the real one will appear, because nature is always a threat to the unnatural or the false.

Yet, the logoi are only a tool. Intelligence doesn’t have to be synthetic. It can be what I call oracular or natural intelligence, an intelligence that studies and learn in accordance with nature and flow, not power and control. Regardless, Socrates warns us that, if we do not “save the logos” and the love of the logos, we will give that power over to the synthetic, and when that happens, we will lose our grip on not only ourselves, but nature herself.

…like those who become haters of humanity: there is nothing one could suffer worse than to become a hater of logoi.  The hatred of humanity and the hatred of logoi comes from the same tendency….[the complete rejection of humanity due to their inability to speak the truth].

The intention of Synthetic Intelligence is to diminish our physical lives into a form of prison through AI, while simultaneously providing avenues for freedom inside an artificial programmatic landscape. It takes away our autonomous connection with the planet, and replaces that with its own limited boundaries, its so called world. The more time we spend in the synthetic world, the more time we have away from the natural world, from the tree of life, and the garden. We lose our capacity to create deep friendships and connections, but most of all we lose the capacity and courage to deepen our connection to ourselves. We lose ourselves in the machine. 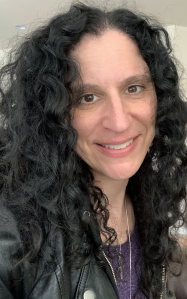 This blog is the documentation of journey, that started off with an intention, based on how I knew myself to think, live, and be. I also thought I knew what the future should be like, and what the past was.  I thought I knew who I was: what my thoughts were, what was me and not me, and what I was capable of. Although I had a sense that there was something beyond space and time, something beyond what I thought was true and real, I still had more faith in the linear physical-mental world, the world that has so much energetic moment and density.

This is the true Socratic path, a path that I only learned about, during my days in university.

Plato called extra-sensory and or extra-mental perception phronesis.   Phronesis is an inner knowing that is also an experiencing. It is the experience of the outer within the inner world at the same time. Phronesis is always experienced as connection and beauty, and it fills the observer with deep peace, faith, and awe. it is truly the experience that we are one, and that I AM.

This blog contains many aspects of my journey, many experiences and points of view that I often leave behind and must leave behind. Truly, my heart is silent, but I still write in order to help those on this path, which can be so difficult and painful. Because letting go of the familiar can be painful and challenging, triggering a dark night of the soul, and the feeling that we are dying.

But you are not dying. You are getting ready to be reborn. All along, we have been guiding you to this point, to this stage in your awakening, to this place that is, will be, and always has been your true nature.